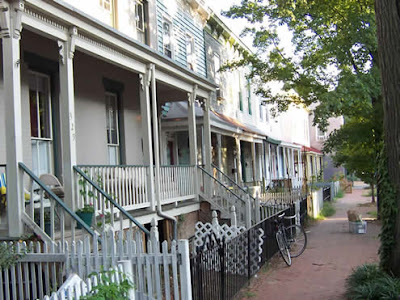 A few years ago I asked the Cowboy Junkies if they had the original lyrics to their song "Oregon Hill" (released in 1992 on their album Black Eyed Men) and if they would be willing to donate them to VCU Libraries. As you may know, Oregon Hill is one of the oldest neighborhoods in Richmond sitting just north of the James River and south of the Fan District. Their song invokes the sites and sounds of Oregon Hill.

I received this letter back - see below (click on images for larger views): 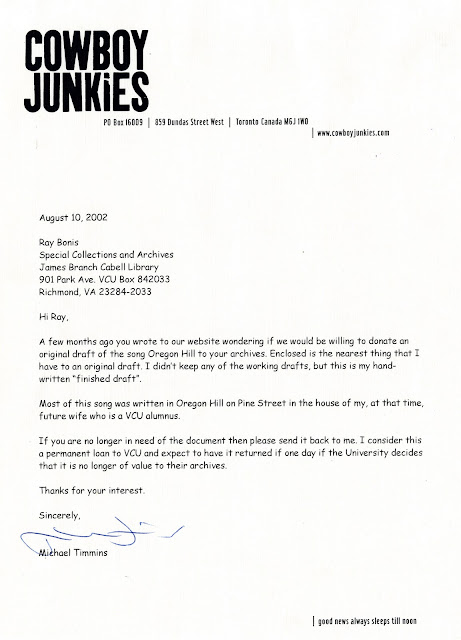 Wasn't that very nice of Michael Timmins? Thanks again Michael.
Here are the handwritten lyrics: 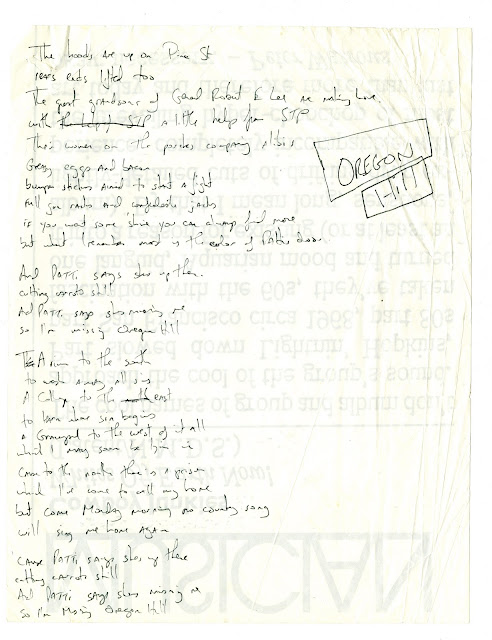 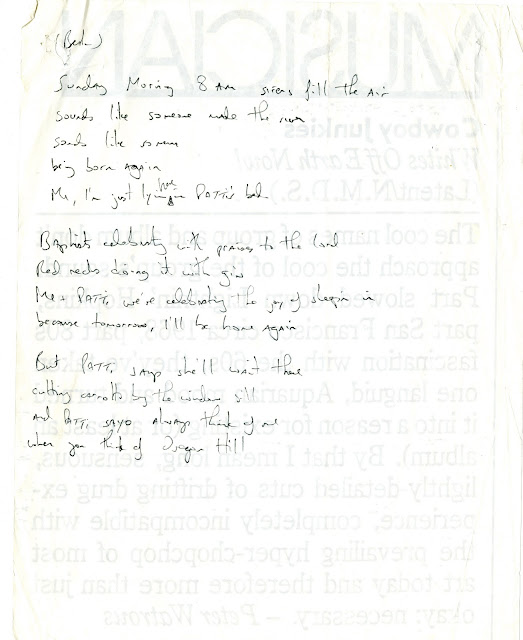 They got their directions wrong once or twice. The prison they refer was the State Prison which stood east (not north) of Oregon Hill on Belvidere and the college they mention is VCU which is north (not east). Or maybe they did have it correct? You decide.

"The hoods are up on Pine Street,
rear ends lifted too
The great-grandsons of General Robert E. Lee
are making love with a little help from STP
Their women on the porches comparing alibis

Greasy eggs and bacon,
bumper stickers aimed to start a fight,
full gun racks, Confederate caps,
if you want some 'shine
well, you can always find some more,
but what I remember most is the colour of Suzy's door

'Cause to the north there is a prison
which I've come to call my home,
but some Monday morning no country song
will sing me home again

Baptists celebrating with praises to the Lord,
rednecks doing it with gin
Me and Suzy, we're celebrating
the joy of sleeping in
because tomorrow I'll be home again

But Suzy says she'll wait there
cutting carrots by the window sill
And Suzy says, 'Always think of me
when you think of Oregon Hill"

That is so, so cool. And I have almost the exact same picture on my blog. Good job, VCU!

As a VCU alumn and Fan Rat, I appreciate that you did this. Oregon Hill was always one of my favorite parts of Richmond & I love the Cowboy Junkies song.

Those poorly written lyrics present a negative stereotype image of white working class Oregon Hill residents -- rednecks, STP, promiscuous women, violence etc -- the whole gamut. If the Junkies wrote a similar song about Gilpin Court residents, the song would be not be receiving accolades. Furthermore, when this song was written, the vast majority of working class whites had been driven from the neighborhood which was by then mostly inhabited by artisans and VCU students. On top of it all, the song -- and its performance -- is boring.

Forrest Lee, really. With a name like that no wonder you defend the honorable community of Oregon Hill. And no, in the 90's when that song came out, the neighborhood still had confederate flags and sketchy folks on porches every time I rode by bike through to get to the river trails.

I have always loved this song. Only one thing always bothered me.

The prison (which closed a year before the song was released) was to the East ( and southeast at that) and the college was to the North.. but damn it is a great song.

In the song Southern Rain...when they say "somethign brewing up the James and headed this way..." I wonder if that's a reference to the James river?