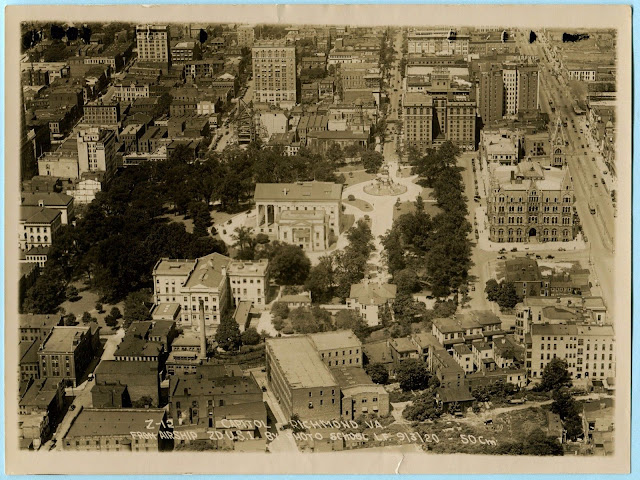 Aerial view of Capitol Square taken from a dirigible airship.

A dealer on eBay was recently selling a set of aerial views of Richmond taken from a dirigible/airship in 1920. Those images are presented here. It is possible that the date listed on the images, 9/3/20, is incorrect because accounts from the Richmond Times-Dispatch note that two airships visited Richmond and took images of the city in early October 1920 during the State Fair. It is also possible that the date is correct and that airship trips to Richmond occurred in both months. I could not find any mention of the early September visit in the Richmond Times-Dispatch. I am still researching that issue but I wanted to present the aerial views as soon as I could. Enjoy. I will update this blog post as soon as I get more information.

Written at the bottom of each image is the following text: "From Airship Z-D, U.S. By Photo School L.F. 9/3/20 50 C.M."  L.F. stands for Langley Field. The "Airship Z-D" was also called "ZDUS-1" or, simply, The Zodiac. Two Zodiac airships were purchased by the U.S. Navy from the French airship firm the Société Zodiac company circa but were transferred to the U.S. Army. One of the Zodiacs, the one that visited Richmond in 1920, operated out of the Langley Field airbase in Hampton, Virginia. I assume the aerial views presented here are only a portion of the images taken during their trip. I hope to locate the others. 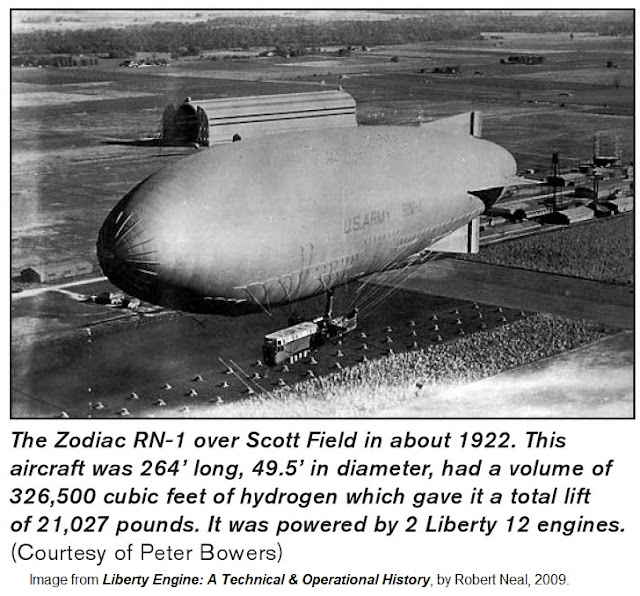 The Zodiac airship was what Richmonders saw in the sky in 1920. As stated here, it was 264 feet long, 49.5 feet in diameter and was powered by two Liberty 12 engines. 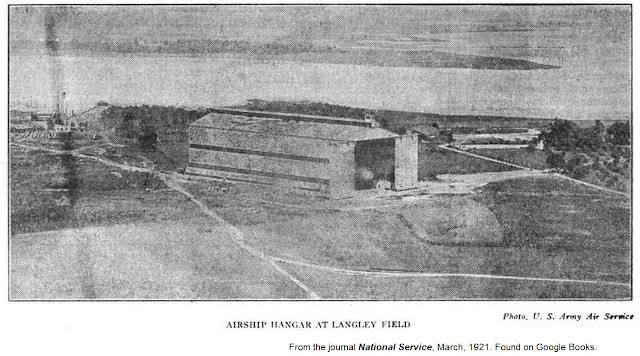 Image of the airship hanger at Langley Field, National Service, 1921. 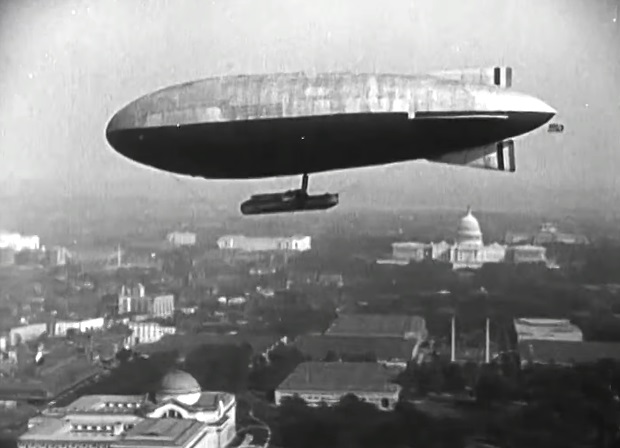 Image of the Zodiac airship from a silent film entitled "The Call of the Air" circa 1922 produced by the U.S. Army Air Service that is available on You Tube. It's worth watching.

An image of the Zodiac airship from the National Archives, 1921. 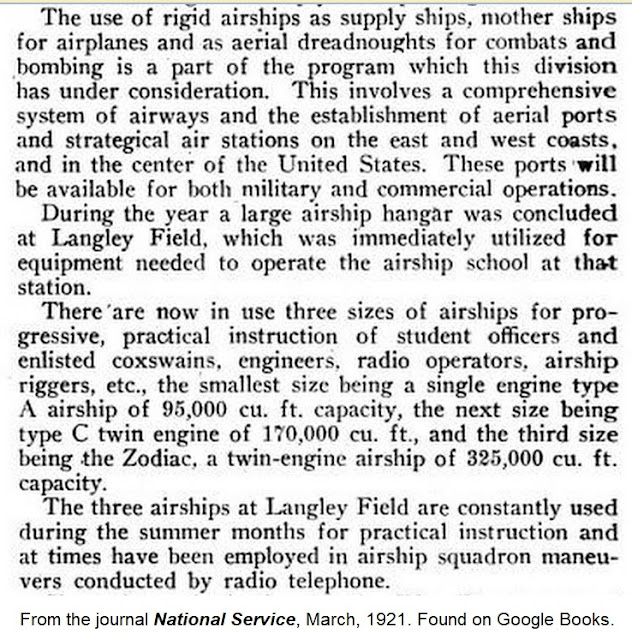 The image above is from National Service, March of 1921,
describing the three airships based at Langley Field. 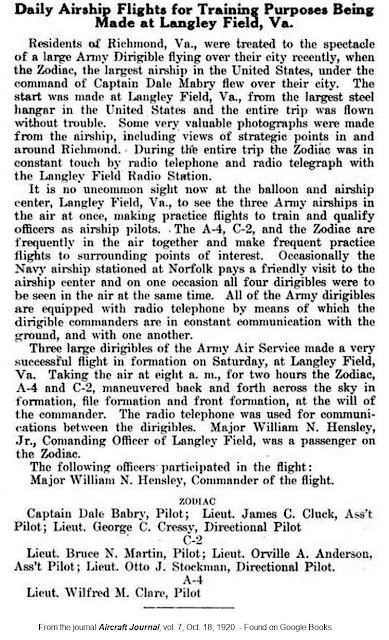 The text above is from the Oct. 18, 1920 issue of the journal Aircraft Journal. It is not clear from the article exactly when the airship The Zodiac visited Richmond. On the aerial images of Richmond shown in this blog they are dated Sept. 3, 1920. Or could the article in Aircraft Journal be referring to early October of 1920 when articles referring to a visit by the Zodiac were published (see below) in the Richmond Times-Dispatch on October 6th of 1920?


"The U.S. Army dirigible Roma crashed and exploded just west of here during a test flight on 21 Feb. 1922. The crash, the deadliest involving a U.S. hydrogen airship, killed 34 of the 45 officers, crewmen, and civilians on board. Roma, purchased from the Italian government, was based at Langley Field in Hampton and had been plagued with troubles since arriving in the United States in 1921. An investigation blamed the heavy loss of life on the use of hydrogen, a highly inflammable gas. After 1922, U.S. airships were inflated with helium. In later years, the story of Roma was largely forgotten.” 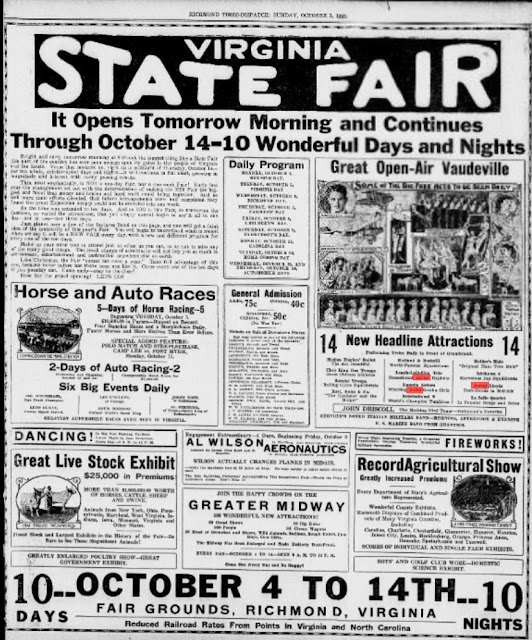 The airship appeared at the State Fair which ran Oct. 4 - 14th in Richmond. Two airships appeared in Richmond that week including the Zodiac.

Image of article from page one of the Richmond Times-Dispatch, Oct. 6, 1920.

The article above notes that aerial views of the city were taken by the two dirigibles, including the Zodiac, and that the images would be on exhibition at the Army recruiting station on Broad Street.

And now the images: 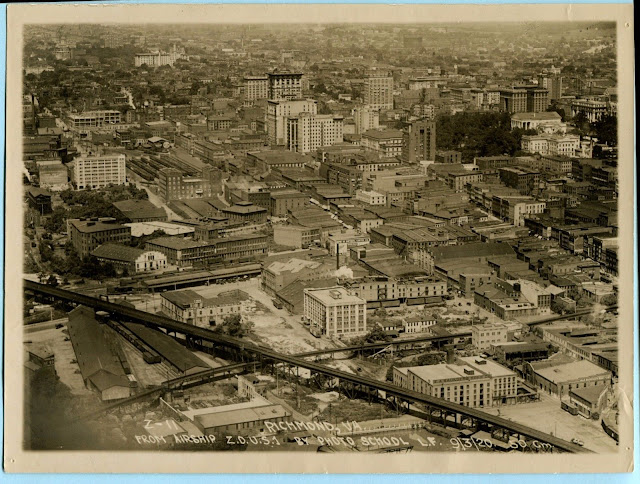 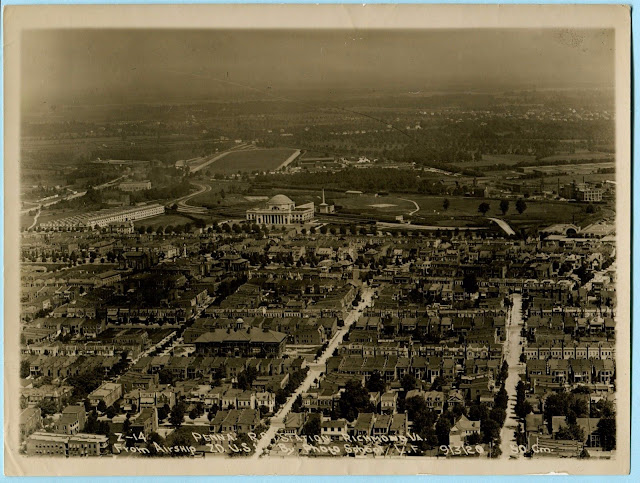 View of the Fan District, Broad Street Station
(now the Science Museum), and the north side of the city. 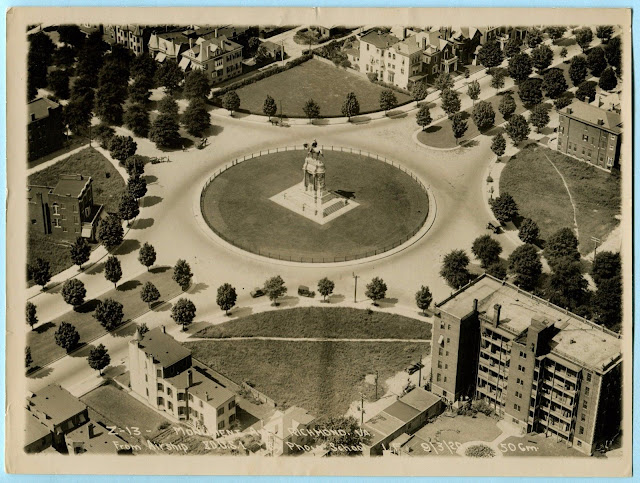 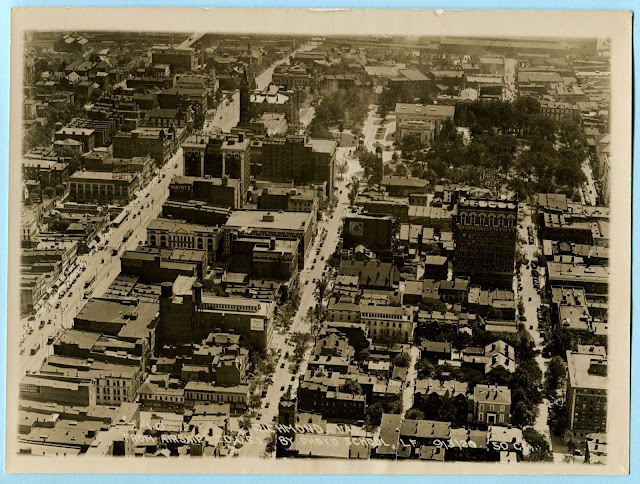 Another view of downtown Richmond. 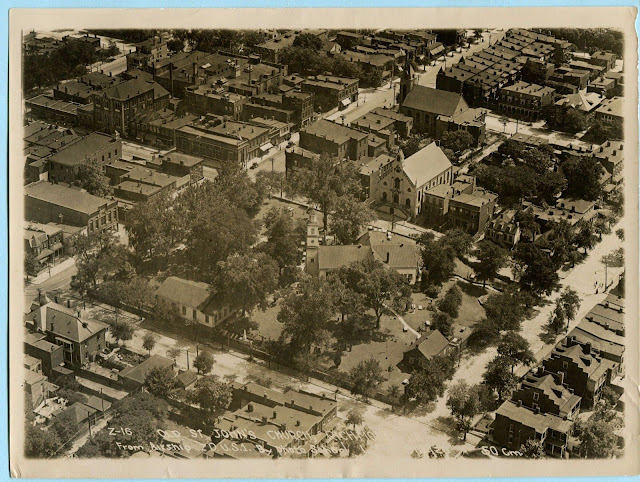 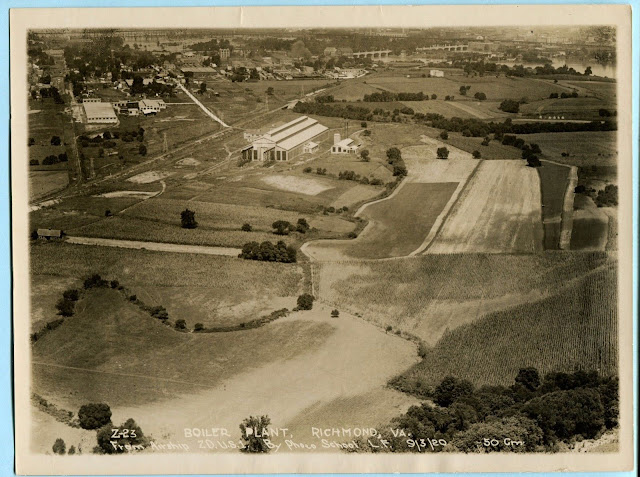 A boiler Plant in Richmond - which looks like it was located just south of the James.
Anyone know the name of this area then or now? 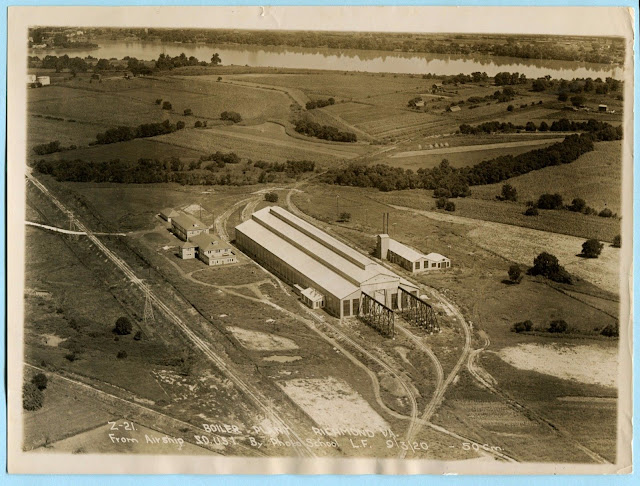 Another view of the south of the James boiler plant.

IT was the Naval Diesel School, then Bristol Steel and Now Williams Bridge Co,

A boiler Plant in Richmond - which looks like it was located just south of the James.
Anyone know the name of this area then or now?
Manchester