Across the Years: A Southern Woman of Richmond, Virginia

She looks out of the ambrotype at us across the span of 150 years of often turbulent American history, her image captured in a moment in a photographer’s studio, perhaps one of the photographic emporiums that once dotted Main Street. She sits with one elbow on a table with a needlepoint cover, her off-the-shoulder dress bunching in her lap and hiding her form. Her right hand is holding her left, perhaps to better show off her considerable collection of rings and bracelets, culminating with a cameo pinned to her neckline. Above that, a large gold cross hangs around her neck with a gold chain. The woman’s long, dark hair is parted in the middle and arranged in an elaborate braid that has been twisted and pinned across her head, framing her face. The feathery decoration is braided into her hairdo, and these are pushed away to display her gold earrings. She’s wearing her finest things to have her portrait taken, perhaps on the occasion of her wedding. 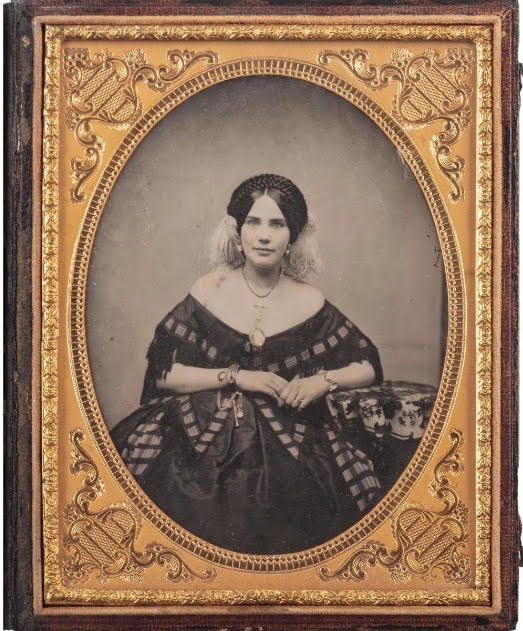 It is her eyes, though, that speak to us across the years: light-colored, wide, engaged, and interested in the process that will yield her likeness. There is just a hint of a smile, too, that further underscores her humanity and helps create the connection between viewer and image. It is an astonishing portrait whose life and personality are undimmed by a century and a half of time. 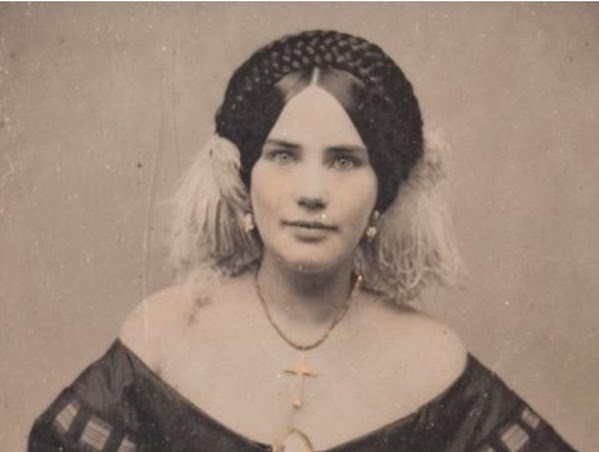 The photograph was recently sold by Hindman Auctions, where the subject is described only as “a beautiful, young Southern woman of Richmond, Virginia.” No other information was available other than it was once owned by James C. Frasca, a noted collector in Connecticut of militaria and Civil War photographs, documents, and artifacts. Frasca died in 2019, and his vast collection was being sold in 2021 by several auction houses.

Research has failed to identify the woman of Richmond, Virginia, or how she was identified by city and not by name. She appeared forty years ago on the back cover of the August 1981 issue of Civil War Times Illustrated magazine where the editors gave her the grand title of “The Womanhood of the South,” but again, nothing else to tell us who she was. 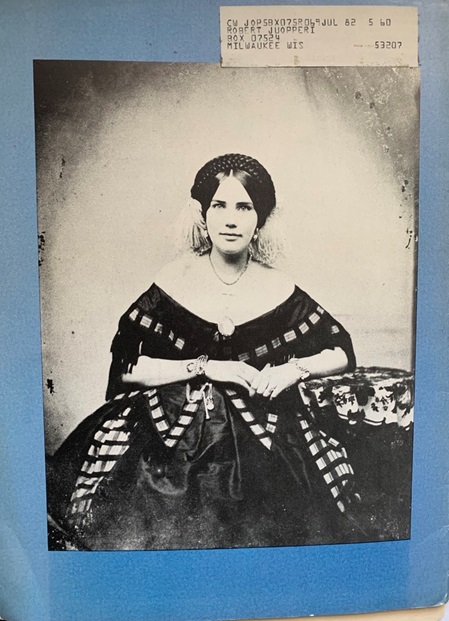 If indeed, she was from Richmond and lived here, the odds are pretty good that this woman is buried at Shockoe Hill or Hollywood cemeteries. Perhaps under the grass in front of a weathering marble stone with the inscription, “Beloved Wife,” she is finally named. We will probably never know. Absolutely intrigued with the image, one member of The Shockoe Examiner staff placed the minimum bid on the photograph of $200, in the hope that nobody else would notice this one photo among dozens of others. Obviously many other people were taken with the Richmond woman and her arresting gaze, as the bids mounted and the photograph sold in the end for $2750. 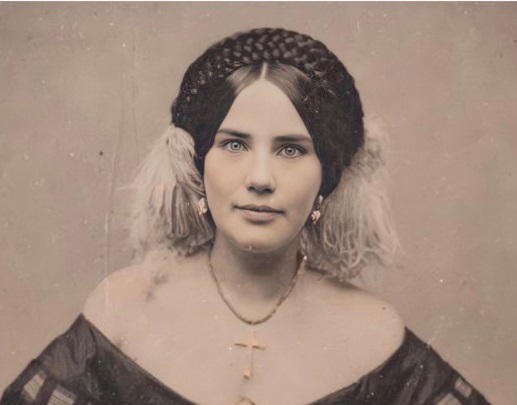 When this image was posted on Redit, an enthusiast enhanced it, magically wiping away years and some of the fog of time. Here, the eyes are even sharper and brighter and truly speak to the viewer. You can see the light that came through the studio windows on a Richmond afternoon of long, long ago reflected in her eyes. Now individual hairs can be seen, and the ever so slight uplift of a corner of the mouth is apparent: a gift from 1860 in the tiniest of smiles. 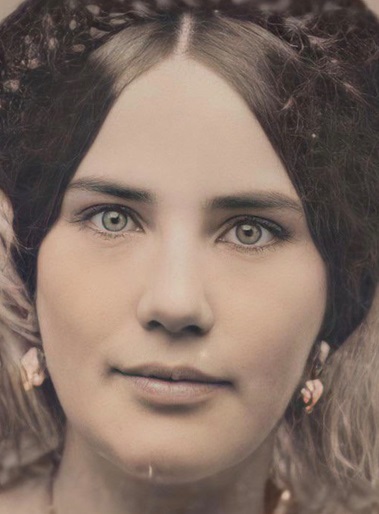 The effect is remarkable and mesmerizing, and the humanity of the unknown woman calls to us across the years. The imagination attempts to fill the void with her name, her story, and her fate. It is also an inescapable element of that shared humanity that the coy smile, those beautiful eyes, the amazing clothing, the table on which she rests her arm, the camera the image was made with, the photographer who coaxed this expression out of his sitter and probably even the building where this photograph was made are all long gone, all irrevocably turned by time into pitiable, unidentifiable dust. The inevitably of that fact is tempered only by the beauty that was once this unknown Richmond woman, preserved under glass.

Lovely -- and again we're reminded that beauty is timeless.